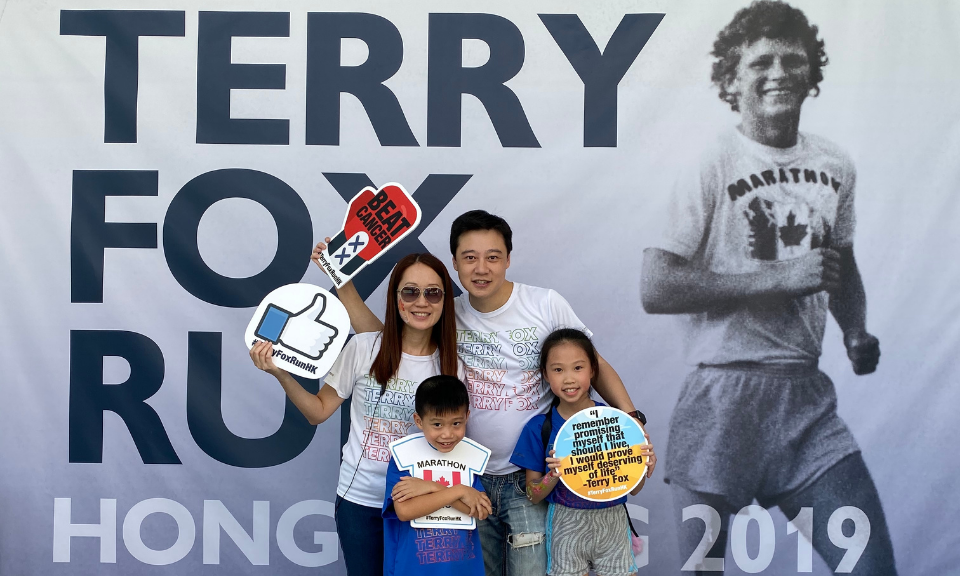 Jack Ng and Macy Lau have been bringing Canadians together in Hong Kong since 2013 through an annual Terry Fox Run to raise money for local cancer research projects. This year, the run is being held virtually from November 7 to December 6 through the use of a mobile app, allowing participants to set their own distance and run on their own time.

After losing a leg to cancer, the distinguished SFU alumnus Terry Fox ran 42 km a day across six provinces in order to raise awareness and money for cancer research. Today, millions of people in almost 25 countries participate in Terry Fox fundraising events.

As SFU alumni themselves, Jack (BBA ‘00) and Macy (BBA ’97) feel a personal connection to the Canadian hero. Growing up in Vancouver, Macy remembers hearing Fox’s story recounted each year at school. Today, the couple is compelled to continue Terry’s dream far from where it began.

“The Terry Fox run in Hong Kong started off really with a group of like-minded volunteers who had family or friends touched by cancer,” says Macy. She personally lost friends and two grandfathers to cancer. When Jack’s mother-in-law was diagnosed with the disease for the second time, the couple decided to take positive action to support their family.

There were no Terry Fox runs in Hong Kong at the time, but they found a running event at Renaissance College which was privately organized by a cancer-surviving teacher. In 2013, Jack and Macy held a run as a tag-on event after the college run. “We only had 200 people attend but we were already very surprised at the turnout,” says Macy. “It was so heartwarming to know that we had support from our friends and family who attended.”

After eight years, it has grown into the largest Canadian event in Hong Kong, entirely volunteer-based and organized by a committee of SFU alumni. “Our one-day event is planned through months of hard work by our volunteers and on the day, cancer survivors, cancer patients, friends and families come out for a day of positive energy and fun,” Macy explains.

Despite challenges, the community has grown significantly through word of mouth and media interviews, bringing awareness to those who have suffered or lost loved ones because of cancer.

“We've tried very hard to let people know we are 100% volunteer-organized unlike other runs in Hong Kong. We have a lot of competition with other runs as they do a lot of marketing and have company sponsorship.”

In the midst of COVID-19, the event continues but in a completely different format. “This year was extremely challenging. We initially tried to plan for a traditional run but have had to think of planning virtually,” Macy explains.

Fortunately, one of the committee’s volunteers had a contact in a virtual run company, who supported the committee by setting up an app for them free of charge.

Rather than set a monetary goal as in previous years, the virtual Hong Kong run will encourage participants to set goals of distance, in keeping with Terry Fox’s goal to raise awareness as well as funds. The goal of distance will help people better understand the personal challenges Terry went through.

“Hong Kong has experienced a year of challenges with protestors and COVID,” Macy adds. “We didn't want to put pressure on participants or our volunteers.”

Jack and Macy are excited that the virtual format will make the run accessible to participants in other parts of the world. “This event can bring families together who may have been separated in different countries.”

By downloading the MOVE by LIV3LY app, participants anywhere in the world can select a target of 3km, 5km, 10km, 42km or 143km—the number of days Terry ran in the Marathon of Hope. The overall goal is to cover 5,373km, which is the total distance Terry ran. 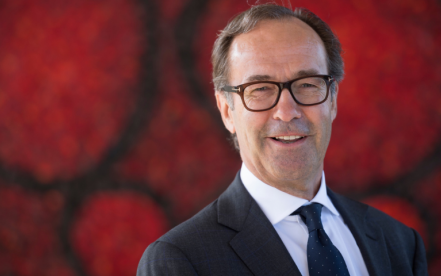 Frode Strand-Nielsen (BA ’80) believes in the transformative power of Simon Fraser University. As founder and manager of a top Northern European private equity firm who first honed his... 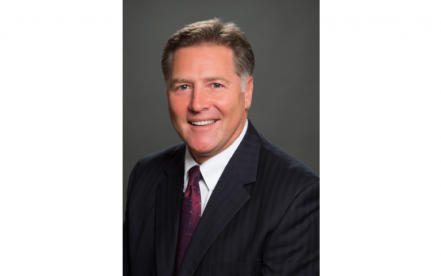 It's the season to give: Four tips for giving back while generating tax savings for you

Don Foster has been engaged with Simon Fraser University since 1999. He works closely with the SFU Gift and Estate Planning team to successfully ensure security donations are received and liquidated...
END_OF_DOCUMENT_TOKEN_TO_BE_REPLACED