A Tribute to Ron Cliff 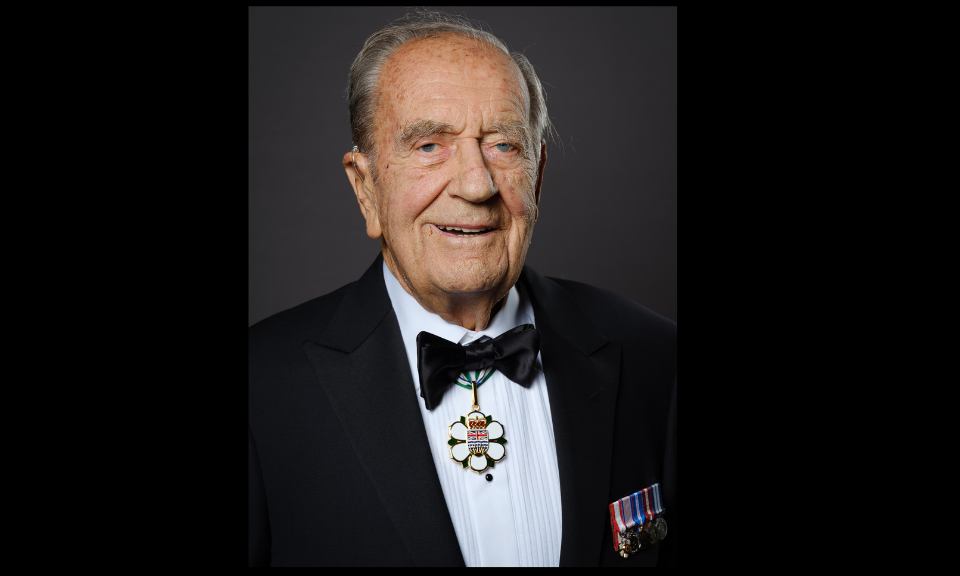 It is with heavy hearts that we share the news that Ron Cliff, SFU Convocation Founder and cherished friend of Simon Fraser University, passed away in December 2022. He will be deeply missed.

Ron was a distinguished philanthropist, volunteer and leader in Canadian business. Throughout his life, Ron demonstrated an unwavering commitment to bettering our communities and his service earned him some of the nation’s highest honours, including being appointed to both the Order of Canada and the Order of British Columbia.

Born in Vancouver, Ron attended St. George’s School and graduated from the University of British Columbia in 1949. Early in his career, Ron’s entrepreneurial spirit took him into the realm of developing, financing and managing a wide range of businesses, as well as using his accountancy training to serve as treasurer and advisor to many organizations. Ron has touched countless lives with his long and remarkable history of supporting charitable causes. Many communities have been enriched through his invaluable contributions to the Vancouver Police Foundation, VGH and UBC Hospital Foundation, Vancouver Symphony Society and Foundation, Heathcliff Foundation, and other arts, education and health organizations.

In 2014, Ron made a meaningful gift to establish the Ronald Cliff Endowment Fund supporting the Ronald Cliff Bursaries at Simon Fraser University, which provides vital and ongoing funding for students who might otherwise not be able to afford a post-secondary education. Ron and his wife, Ardelle, also generously supported the building of SFU’s new School for the Contemporary Arts in the redeveloped Woodward’s complex. SFU was honoured to recognize Ron with the President’s Distinguished Community Leadership Award in 2014 for his exceptional dedication to the university and society.

Ron has made a positive and lasting impact on many people with his inspiring legacy of generosity. We extend our heartfelt condolences to the Cliff family.