A Charter Student at SFU 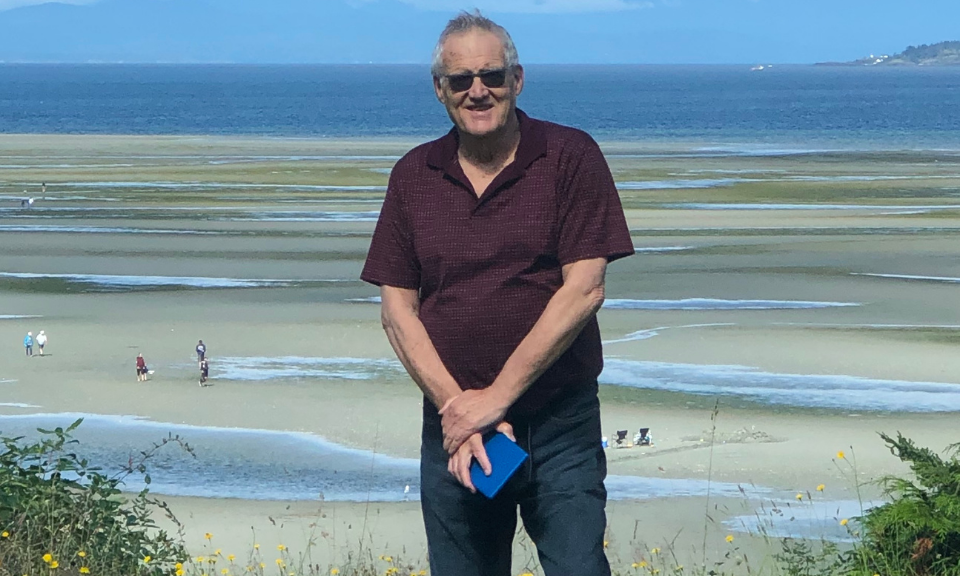 What was SFU like when it first opened? Dr. Vivian Merchant (BSc ‘69, MSc ‘71) reveals a unique perspective in his recently published book, A Charter Student at SFU. Merchant moved to the Lower Mainland from the Okanagan to study at SFU, later earning a Ph.D. from the University of Waterloo. He then pursued a career in industrial applications of high power laser technology, contributing to company periodicals, technical reports and industry-wide handbooks.

In his new book, Dr. Merchant explores his transition from Vernon to the “big city,” his pursuit of physics and his day-to-day involvement at a brand new university. In addition to offering an insider’s view of SFU in its early years, Dr. Merchant provides a sense of what it was like to be a student in the ‘60s.

Back in ‘65 when you were considering universities, why did you choose SFU?

Merchant: There was an excitement about the brand new school, and being one of the first students there…I really got the feeling pretty quickly that they had assembled a top-notch team of professionals.

Did you get a sense of community at SFU?

I got involved in the Science Undergraduate Council and amongst other activities chaired a couple of student-faculty meetings. Red Cross blood drives were always a big deal—going around putting up posters for trying to get students to go out and give blood. Yes, there was definitely a community feeling there.

Can you share any unique or unusual experiences that stand out?

Merchant: One night while studying late in the library, I heard a loud band playing in the cafeteria. Turned out to be Jefferson Airplane—before they were famous! Someone in the student council invited them to come. I didn’t have the admission price with me so I didn’t go in, but listened to the band outside for a while.

SFU developed a reputation for being a radical campus really quickly. How did that resonate with you?

What was it like as a student during the events of the 60s?

Merchant: I think there was a lot of idealism. Canada was not at war, but the anti-Vietnam feeling was quite predominant among not all, but a lot of the students. There was a lot of support for anti-war things. We never did go down to picket outside the American embassy, but we certainly kept our eye on what was in the newspaper.

And then that's when Greenpeace started, with the ship going up to Amchitka to stop the US nuclear test explosions. While it had really nothing to do with Simon Fraser University, it was in the news, and our sympathies went with it. . . It was only that very narrow Alaska panhandle away from Canadian soil.

Plus the civil rights movement. Martin Luther King was a great inspiration—peaceful demonstrations and anti-violent demonstrations. We learned quite a bit, but we simply watched the news.

What impact did scholarships have on you during your time at SFU?

Merchant: It was definitely significant. Between the scholarships and the summer jobs, I got through without taking a single penny from my parents. I seemed to spend some significant fraction of my life applying for scholarships. And then that really paid off in the end because I got the big and prestigious National Research Council of Canada scholarship to do graduate work.

Do you have any advice for students today?

Merchant: The advice is to keep your eyes on the goal. I don't want to say take time out and enjoy life, but I feel the opposite. Work hard, and enjoy life when you can. We never really worked or studied on Sundays, it was sort of a day off, but just work hard and keep your eye on the goal would be the advice.

What do you hope people will take away from the book?

Merchant: A feeling of what it was like at SFU when it was small and new. It’s not small now, it’s a huge place, there’s a lot more happening up there than there ever was when I was there.

A Charter Student at SFU is available on Amazon.