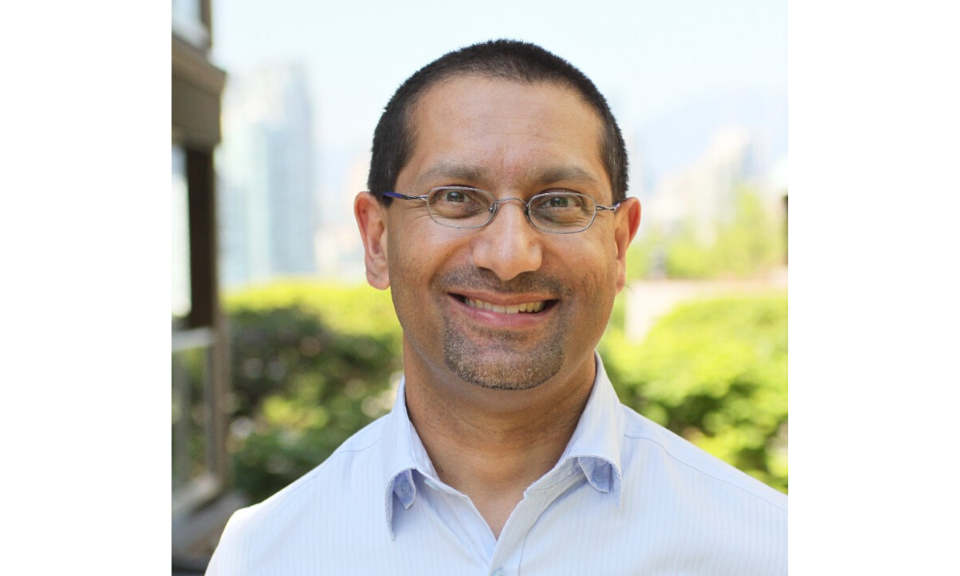 After emigrating from East Africa in 1973 at the age of four, Amyn Rajan, his parents and two siblings settled in North Vancouver. “It was a different Canada back then,” shares Amyn, an SFU alumnus, “I still remember when I was in kindergarten getting beaten up because I was the only brown kid. It kind of helped launch my understanding of the value of diversity.” Through the years, while Amyn faced discrimination in the schoolyard, his father and uncle struggled to keep their small business afloat.

When Amyn was in grade 12, he received a phone call he’d never forget. “My Dad and I were watching the news and I got a call. I was told I’d won the Gordon Shrum Entrance Scholarship and I was just so over the top. I went to tell my Dad and we were both jumping for joy!”

Winning the prestigious entrance scholarship was a beacon for the family amid dwindling finances.

Amyn credits SFU for more than the financial support he and his siblings received— all three Rajan children secured scholarships and went on to study and graduate from SFU through the 1980s and 1990s. It was also the welcoming culture that stuck with him and permeated his management style while leading two highly successful software ventures, Orbital Technologies and later, Simba Technologies.

“I had one instructor, her name was Pat Brearley, she was my first instructor in a computing science course. Not only did she get me more interested in the field, she knew who you were, you were not just a number,” reflects Amyn. “Sometimes we don’t realize it, but the human touch is very important.”

As Amyn built Simba Technologies, he personally interviewed every full-time hire. “I would know their name, I would know who they were, and why they were coming to our company. To me, that was very important.”

As a business leader in Vancouver who places high value on people and diversity, Amyn was naturally drawn to investing in talent development at regional universities through student scholarships. As an Ismaili Muslim and follower of the Aga Khan, education, pluralism and giving back are also critical components of the teachings that resonates strongly with him. Just 10 years after graduating from SFU with his undergraduate degree, Amyn made his first gift to SFU in 2003 to establish the Shiraz Rajan Family Endowment, supporting female students in computing science.

“It’s interesting, when you go back to when we first set up the endowment, back then, women in technology wasn’t such a prominent issue among companies like Facebook and Google,” states Amyn. “You look at how important technology is—how it’s transforming society, we need everyone involved in how it will shape our future. Today, it looks like others are taking notice and stepping up to the plate, which is great to see.”

Amyn has gone on to establish two additional endowments at SFU including a Chair for Women in Technology and an entrance scholarship, both of which are having a tremendous impact on shaping the future of software development locally and globally. Says recent entrance scholarship winner, Mahek Khan, “I seek to be learning, in an ever advancing world, with diverse peers and professors that will challenge me. In turn, I will endeavor to challenge norms and to bring the minority, women, in the tech industry to the forefront.” 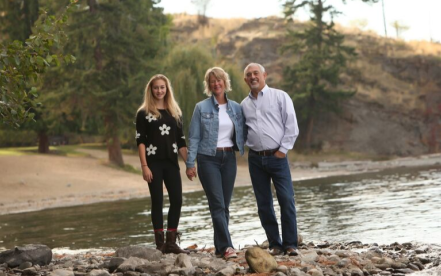 The transformative power of education

Doug and Sandra Cramen understand the importance of financial security and the foundation it can provide for a happy, purposeful life. Both proud SFU alumni who pursued careers in banking and then...
END_OF_DOCUMENT_TOKEN_TO_BE_REPLACED