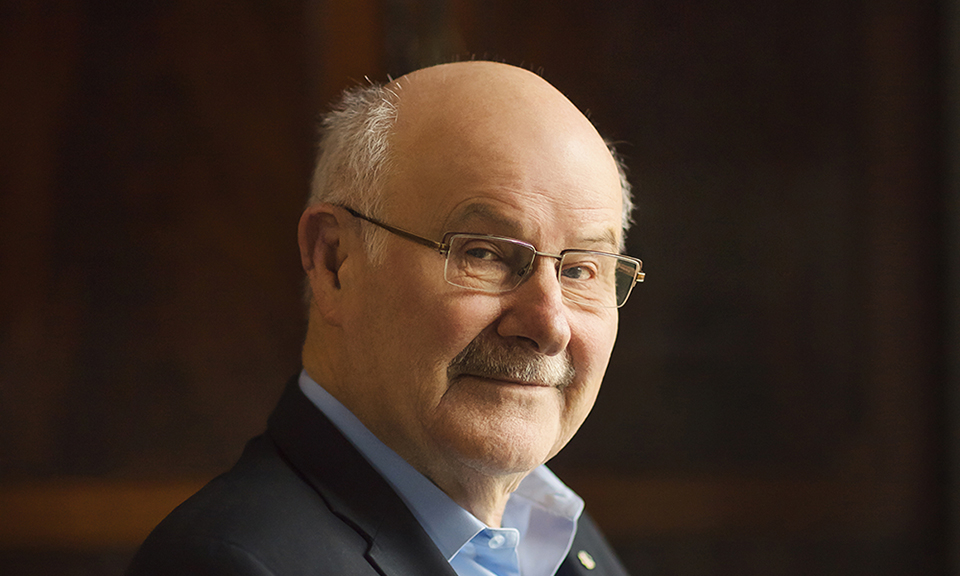 Michael Harcourt, or Mike as he is known to all, is a man with incredible determination, passion and vision, in every forum of his life. Perhaps most important in his countless and memorable achievements is his legacy of great cities and immense hope for the future of civil society.

Mike is a passionate believer in the power of cities and communities to improve the human condition. He has steadfastly maintained his focus on conservation and sustainable development and because of his efforts has played a significant role in promoting quality of life for those in Canada and abroad. He has held significant urban posts his entire adult life and his interest in civil society, urban design, conservation and sustainable development have made him the leader he is today in advancing livability in our cities.

Over the span of his illustrious career, Mike began by starting the first storefront law office in Canada, and establishing the UBC law school legal advice clinic (1968-71). He then went on to serve for four terms as a Vancouver Alderman (1972-80), until he became a tremendously successful and articulate Mayor of Vancouver for three terms (1980-86). In that position he played a prominent role in establishing Vancouver as one of the world's most livable cities through effective land use and planning. Mike then moved on to serve as the 30th Premier of British Columbia (1991-96), where he extended the boundaries of quality of life in urban areas, with the 1995 Growth Strategy Act. Among his many noteworthy achievements at that time was his success in safeguarding more than 12 percent of the province's land base, establishing 500 new protected areas.

After retiring from politics, Mike made headlines in 2002, when a devastating six-metre fall left him partially paralyzed. He has shown incredible physical, emotional and spiritual strength in his remarkable recovery, and published a book about his ordeal called Plan B - One Man's Journey from Tragedy to Triumph. Following his accident, Mike became actively involved in spinal cord research and education, working with the Rick Hansen Man in Motion Foundation on International Collaboration on Repair Discoveries (I-CORD) and chairing the Spinal Cord Injury Quality of Life Advisory Group.

In 2003, as a self-described "recovering politician," Mike was appointed Federal Commissioner on the British Columbia Treaty Commission. He has always been an avid supporter of aboriginal economic development, and his commitment to the treaty process is long-standing; as Premier in 1992, he signed the agreement establishing the Commission - the neutral body responsible for facilitating treaty negotiations among the governments of Canada, B.C. and First Nations in B.C.

In 1996, Mike was appointed by Prime Minister to serve as a member of the National Round Table on the Environment and Economy, where he served for eight years on the Executive Committee and Chaired the Urban Sustainability Program. He was named as a special advisor to Prime Minister Paul Martin on cities in December, 2003, and served as Chair of the Prime Minister's External Advisory Committee for Cities and Communities, mandated to examine the future of Canada's cities and communities. In 2006, his Committee delivered its final report, From Restless Communities to Resilient Places: Building a Stronger Future for All Canadians, which focuses on a long-term vision of the role that cities and communities should play in sustaining Canada’s prosperity.

In 2004, Mike was appointed as Co-Chair of the National Advisory Committee on the UN-HABITAT World Urban Forum III which was held in Vancouver, 2006.

Mike is Past Chair and Honorary Chair of the International Centre for Sustainable Cities, as well as Co-Chair of its International Panel of Advisors, which is an organization that provides practical demonstration projects to show how to implement urban sustainability. He is also an Honorary Member of the Canadian Institute of Planners.

Mike was appointed by United Way of the Lower Mainland to be lead faculty in United Way's Public Policy Institute. The first of its kind in British Columbia, the Institute is designed to bring together public policy experts to work with senior managers in social services and health-related agencies who want to better understand and influence the public policy process. Mike accepted this appointment, which added to an already busy schedule because he believes the complexity of social and economic issues today demands that government and non-profits work together to better understand each other’s worlds, and that he can contribute to this important initiative.

In addition, he was appointed to the Advisory Board of Canada’s Eco-Fiscal Commission, as well as the STAR Institute at Simon Fraser University.

His exemplary career as a lawyer, community activist, and politician has been honoured with several awards including: the J.B. Harkin Medal Award, Conservation of Nature, 2003; the prestigious Woodrow Wilson International Center for Scholars of the Smithsonian Institute public service award, 2005; and the Canadian Urban Institute's Jane Jacobs Lifetime Achievement Award, 2006. In 2008, he was awarded the U.B.C. Alumni Achievement Award of Distinction for contributions to British Columbia, Canada and the global community, as well as Order of Canada 2013.

In addition to countless articles, Mike has authored and co-authored three books: A Measure of Defiance; Plan B: One Man's Journey from Tragedy to Triumph; and, City Making in Paradise: Nine Decisions That Saved Greater Vancouver's Livability.

Mike Harcourt is a speaker and advisor internationally on sustainable cities, always providing tangible solutions aimed at improving the creativity, innovative capacity, and environmental sustainability of communities. In addition to devoting much of his time to promoting urban sustainability issues, he has been an advocate for the disabled community and the First Nations People.

Mike has had a profound and lasting influence in the public realm over many years and in many fields, and has earned national and international acclaim for his vision, passion and impact.