Haida Gwaii, a remote group of islands located in the Pacific Ocean off British Columbia’s north coast, is known for its vibrant culture and unique wilderness. For new graduates of Haida Gwaii’s two high schools, however, the isolation that makes the islands so exceptional also presents a barrier to attending university.

As a philanthropic organization dedicated to positive change in coastal communities, the Scholarship Foundation of the Pacific is helping students overcome this barrier through its endowed four-year entrance award to Simon Fraser University.

Higher education is, for the foundation, key to uplifting communities as a whole. While the credentials brought back by university graduates enhance the knowledge-base on the islands, the award also motivates high school students to stay in school.

“High school can be challenging. We realized how important a light at the end of the tunnel could be to these students,” explains the foundation’s executive director Beverley Kniffen.

The Scholarship Foundation of the Pacific was established by friends of generous philanthropist Kane Fernandez, whose passion for fishing frequently brought him and his friends to the islands of Haida Gwaii. As a native Hawaiian, Kane also felt a kinship with the indigenous Haida people. In 2003, the Scholarship Foundation of the Pacific Endowment, honouring Kane’s memory and another late foundation board member Roger Earle, was created at SFU.

“When we started, it was really the Pacific Ocean that brought us all together,” notes Beverley. The fishing trips to Haida Gwaii that first connected the group now serve as annual fundraisers for the foundation—and their efforts are having an impact.

For the past four years, the award has covered tuition, housing and travel costs for SFU student Abigail Mitchell from Tlell, Haida Gwaii. Without the generosity of the Scholarship Foundation of the Pacific, Abigail doubts she would have ever moved to Metro Vancouver to attend university. Now well into her bachelor of health sciences degree, she has been able to explore her academic interests without incurring any student debt.

“There are more barriers for students coming from small, rural towns and remote places to going to university. You have to move away from your family, you can’t live at home,” says Abigail, noting the steep travel costs to and from the islands and the culture shock of leaving her tight-knit community.

Receiving the award, Abigail described, was like winning the lottery. The support eliminated the financial burden of a post-secondary education, allowing her to focus on her studies and extracurricular activities as a member of the SFU rowing team.

The Scholarship Foundation of the Pacific not only provides students with financial support, but keeps in touch with award recipients throughout their educational journeys. For Abigail, it gave her a boost in confidence to know that there was a supporter who believed in her potential.

“The foundation is so supportive of you, and helping you achieve your goals,” she adds.

The entrance award is also having a positive effect on the performance of Haida Gwaii high school students. The islands’ high schools have, for many years, struggled with low graduation rates. Through school presentations about the award, the Scholarship Foundation of the Pacific seeks to encourage students to focus on their academics and become involved in their communities.

Though awardee Caitlin Peerless just started her first semester at SFU, she has been waiting for this opportunity for many years.

“I’ve always been a very motivated person, although I do believe the award helped push me to strive for more. Having a reward other than just good grades gave me something to imagine for my future,” she says. “I learned about the Scholarship Foundation of the Pacific when I was in seventh grade, and knew then that I wanted the award.”

Award recipient Taro Oike, now in his second year at SFU, first set his sights on the award back in elementary school.

“Knowledge of this award has encouraged me to strive for greatness, not only in academics, but out-of-school activities as well,” he explains. “It has been in the back of my head since childhood and has always given me motivation.”

All recipients of the entrance award have completed or are on track to complete their undergraduate degrees. When students complete their studies, the foundation encourages them to return to their Haida Gwaii communities.

Abigail also recognizes the need for young people to return to the communities —and intends to do just that when she graduates.

“I see a lot of need for people to return to the communities that they’re from. It’s nice to go back and visit Haida Gwaii and see a lot of young professionals returning,” she says. “You need people to have a lot of heart to give back, which I think is a lot of what the award is about.”

When Beverley visits Haida Gwaii, she sees how the rare opportunities afforded by the foundation are strengthening local communities.

“Our hope is that we can build the endowment so that every year a student from Haida Gwaii can go to SFU, graduate, bring their knowledge back and increase the knowledge-base on Haida Gwaii, and encourage all the kids to go to university,” Beverley concludes. After emigrating from East Africa in 1973 at the age of four, Amyn Rajan, his parents and two siblings settled in North Vancouver. “It was a different Canada back then,” shares Amyn, an... 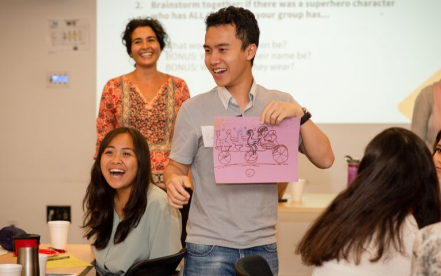 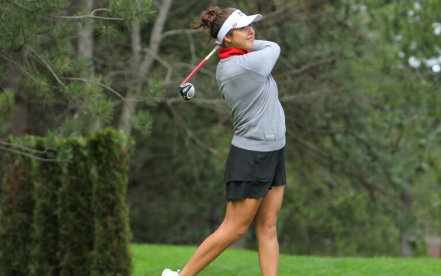 It’s been said that golf is the game that most closely resembles life. “You get bad breaks from good shots; you get good breaks from bad shots, but you have to play the ball where it lies...
END_OF_DOCUMENT_TOKEN_TO_BE_REPLACED